November was a busy month of climate-change politicking. As policymakers tried to make progress at the United Nations Climate Change Conference (COP27) in Sharm El-Sheikh, Egypt, world leaders convened in Bali, Indonesia, for the G20 summit. While neither summit focused on the confluence of environmental and debt crises currently ravaging much of the Global South, both achieved some progress toward providing developing countries with the financial support they need to weather the current storm.

In Bali, the leaders of the world’s biggest economies mostly reiterated their previous positions on the debt crisis, with only minor adjustments. But at COP27, smaller countries were able to make their voices heard and underscore the need for international action on debt relief. Barbadian Prime Minister Mia Mottley, for example, pleaded with the international community to assist climate-vulnerable countries. Her “Bridgetown Agenda” proposes a three-step plan to address the developing world’s crisis, including emergency liquidity injections by the International Monetary Fund, enhanced lending by multilateral development banks and new financing mechanisms.

Mottley was not alone in making a case for addressing the growing liquidity crunch. Colombian President Gustavo Petro, for his part, proposed that the International Monetary Fund (IMF) initiate a debt-for-investment swap programme that could help accelerate climate adaptation and mitigation projects in developing countries. With the support of the UN’s Economic Commission for Africa, Egypt launched a sustainable debt coalition. And civil society groups affiliated with the Debt for Climate movement called for cancelling the debts of the world’s poorest countries. But, ultimately, the biggest breakthrough of COP27 was the decision to create a loss and damage fund that aims to help developing countries mitigate the worst effects of climate change.

But how did debt become the most talked-about problem at a conference on fighting climate change? Russia’s invasion of Ukraine has disrupted energy and food markets, fuelling a surge in prices around the world. But while developed countries have struggled with the effects of high inflation, energy-importing developing countries have been hit the hardest. Their foreign exchange reserves have been depleted rapidly, stretching public finances – already battered by two and a half years of Covid-19 – to the breaking point. Rising energy costs have made electricity rationing and blackouts increasingly common, worsening lower-income countries’ economic plight.

Compounding these countries’ problems further, the US Federal Reserve’s aggressive interest rate hikes have strengthened the dollar and forced other leading central banks to follow suit. For struggling developing countries, managing the fallout of climate-related environmental disasters such as floods, droughts and severe storms has never been more difficult, and much of the economic and social progress of the past few decades is being reversed.

Through no fault of their own, lower-income countries are teetering on the edge of an economic abyss. According to the IMF, more than a quarter of emerging economies have either defaulted or had bonds trading at distressed levels. Among low-income countries, over 60% are in or at high risk of debt distress. Governments’ failure to invest in climate adaptation and resilience measures has also worsened sovereign risk and driven up the cost of capital, creating a vicious cycle that will further cripple public finances and debt sustainability.

The G20’s Common Framework for Debt Treatment, which aims to provide debt relief to struggling countries, has not delivered effective and timely action. Moreover, it excludes middle-income countries and lacks a mechanism to ensure private-creditor involvement. Of the three countries that have applied for debt treatment – Chad, Ethiopia, and Zambia – only Chad has reached an agreement with its creditors, and only after a gruelling two-year negotiation and without receiving any write-off. The experience of these three countries will likely discourage other distressed countries from seeking debt restructuring.

Much of the debate about climate change and debt focuses on debt-for-climate (also known as debt-for-nature) swaps, which enable countries to erase some of their debt in exchange for funding domestic climate projects. While such arrangements represent a welcome funding source for critical conservation efforts, their high transaction costs and limited volume make them unsuitable for addressing a debt crisis of systemic proportions.

Placing vulnerable countries on a path to climate resilience and green development would benefit debtors and creditors alike. That is why the international community, and the G20 countries in particular, must agree on a comprehensive debt-relief initiative that would enable distressed countries to fund green projects in exchange for partial debt forgiveness.

Now that it has formally assumed the G20 presidency, India should establish an independent review of the G20 debt agenda and make recommendations for reform. Highly-indebted countries, which typically have no voice at G20 summits, must be part of the process, too. At the end of 2021, the V20 Group, which represents finance ministers from 58 climate-vulnerable countries with a combined population of 1.5 billion people, proposed a debt-restructuring scheme that features practical solutions for funding low-carbon projects. The world’s wealthiest countries should seriously consider supporting it.

Another compelling suggestion, supported by French President Emmanuel Macron at COP27, is to convene a high-level panel of experts to grapple with how to ensure longer-term debt sustainability and enable debtor countries to mobilize investments.

The international community must avoid repeating the mistakes of previous debt crises. Doing too little too late would result in cascading crises across dozens of developing countries, threatening social and political stability and further derailing the international climate agenda. To ensure an equitable, climate-resilient future, we must first avert the looming debt disaster.

María Fernanda Espinosa is the executive director of GWL Voices and a former president of the UN General Assembly; Ulrich Volz is a professor of economics and director of the SOAS Centre for Sustainable Finance at SOAS, University of London, and a senior research fellow at the German Institute of Development and Sustainability; and Yuefen Li is a senior adviser on South-South Cooperation and Development Finance at South Centre and a former United Nations independent expert on debt and human rights.

Also contributing to this commentary are Shamshad Akhtar, a former under-secretary-general of the United Nations; Anzetse Were, a senior economist at Financial Sector Deepening Kenya; Kevin P. Gallagher, director of the Global Development Policy Center at Boston University; and Jörg Haas, Head of International Politics at the Heinrich Böll Foundation.

The authors are co-chairs of the Debt Relief for a Green and Inclusive Recovery Project. 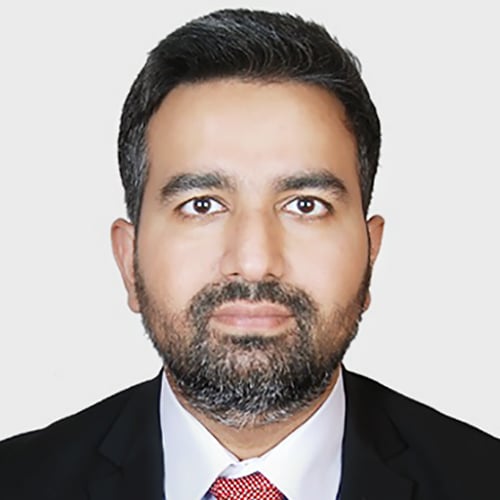