As developing countries confront a new era of elevated inflation, rising interest rates, a stronger dollar, and capital outflows, some governments stand to benefit from a little-noticed bonanza. During the Great Moderation that preceded the Covid-19 pandemic, years of low inflation led to the growth of sovereign debt issued at fixed interest rates and long maturities. Now, two years of unexpected inflation in the United States have effectively diluted this debt.

According to our calculations, the US government’s own inflation windfall is substantial. In October 2019, the World Economic Outlook published by International Monetary Fund (IMF) forecast that US inflation would be 2.4% in 2021 and 2.3% in 2022. But US inflation clocked in at 4.7% in 2021, and the IMF now expects a rate of 7.7% this year. The size of what we call the “unexpected inflation shock” over 2021-22 is thus 7.7% (the sum of the actual inflation rates minus the projected rates). Under such conditions, the biggest winner will be the largest issuer of dollar debt: Uncle Sam.

At the end of 2020, the US government’s long-term fixed-rate debt was nearly US$21 trillion, and the US monetary base (which includes the amount of currency in circulation) was about US$5.2 trillion. While the full brunt of 2021-22 inflation (12.4%) falls on the monetary base, its unexpected component (7.7%) reduces the value of the US government’s debt, because debt holders are compensated with interest for expected inflation. The US treasury thus nets an enormous US$2 trillion reduction – nearly 11% of GDP – in the real value of its US$26 trillion in inflation-exposed liabilities. Netting out the US Federal Reserve’s holdings of long-term treasuries brings the figure down to 9% of GDP.

According to the conventional wisdom, it is primarily developing countries that resort to inflating away their debts. But the current period of high US inflation serves as a reminder that developed countries have also often relied on unconventional strategies like the “inflation tax” to deal with their liabilities.

Long-term US treasury securities totalling about US$6.6 trillion are held by foreign entities such as central banks and pension funds, and the Fed estimates that nearly US$1 trillion of dollar cash is also held by non-residents. By diminishing the real value of these holdings, high US inflation has essentially transferred US$568 billion to the US government from non-residents, meaning that about one-quarter of the US inflation tax over the last two years has been paid abroad.

Two of the biggest holders of long-term US treasuries are Japan (US$1.2 trillion) and China (US$862 billion), which together have paid for nearly one-third of the gains to the US. Aside from China and large cash holders like Argentina (which is losing an amount equal to 3% of GDP, owing to the reduced value of dollar cash held by residents) most of the biggest inflation-tax payers abroad are developed economies.

But America is not the only winner. Many emerging markets are also benefiting, because a significant chunk of their debt is issued in dollars. Since foreign investors have been unwilling to bear the risk that governments will try to dilute the real value of their obligations by printing money and sparking inflation, many governments have tied their own hands by issuing dollar-denominated debt.

Bondholders were thus able to assure themselves that inflation in the domestic currency would not adversely affect the value of their holdings – or so they thought. The theory of relative purchasing power parity tells us that all countries’ nominal GDP, when measured in US dollars, will eventually grow at the rate of US inflation. High inflation in the US thus means that the real burden of dollar-denominated debt will decline, netting a substantial gain to other sovereigns.

Excluding the US, total outstanding dollar-denominated long-term fixed-rate debt in 2021 was US$1.3 trillion, according to the Bank for International Settlements. Thus, to obtain a conservative estimate of the size of the gain to non-US governments (conservative because US inflation might exceed forecasts or persist beyond this year), we can apply 7.7% of unexpected inflation to the US$1.3 trillion, implying savings of roughly US$100 billion. Owing to the dilution of their debt, Turkey, Indonesia, Mexico, Saudi Arabia and Brazil each effectively get a one-time transfer that exceeds US$4 billion, at the expense of their creditors. Other big winners (in relative terms) include developing countries like Lebanon, Venezuela, Jamaica and Mongolia, whose governments similarly benefit to the tune of 2% of GDP or more.

To be sure, these astronomical sums will cause creditors to demand higher rates of interest on new debt issues. But higher interest rates do not affect the plummeting real value of the existing stock of long-term debt. For some countries, the effect of this transfer may also take time to be felt, because the dollar has recently strengthened relative to other currencies. But the recent inflation shock in the US is a monetary shock, implying that nominal exchange rates will eventually move with the inflation differential across countries (in line with the theory of relative purchasing power parity). Once they do, the GDP of other countries, when measured in dollars, will also grow at the US inflation rate, ensuring that the real burden of sovereign debt falls.

Commentaries on the perils facing developing countries tend to focus on the risks posed by higher interest rates and depreciating currencies. For governments, however, US inflation also comes with a silver lining: bondholders pay the price while inflation whittles away a towering stock of sovereign debt. 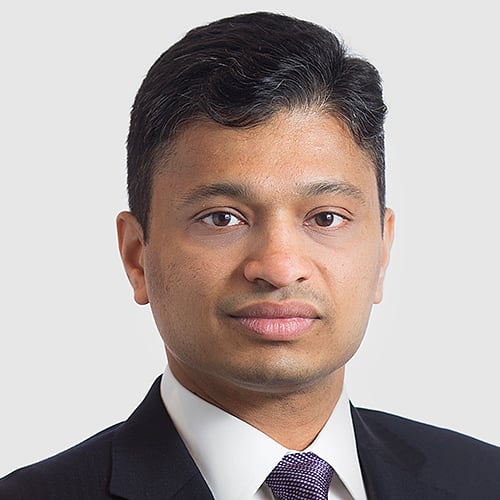