The Covid-19 pandemic is forcing change. For emerging economies like the Philippines, this change is both a bane and a boon. On the one hand, the black swan event shook the country to the core, halting all forms of activity during the period of enhanced community quarantine. Within months of the outbreak, the economy felt its full force. GDP growth contracted by 0.2% in the first quarter of the year. Unemployment, which reached a record low of 4.5% at the end of 2019, shot up to 17.7% in April 2020.

The economic hardship is real, and no country could have prepared for it. But the Philippines’ fundamentals before the health emergency helped the government swing into action. Years of fiscal prudence and careful economic management, affirmed by international credit rating agencies, secured the country some headroom to tackle the crisis head-on. In the words of finance secretary Carlos Dominguez III, the country responded with everything it had.

The struggle to contain the coronavirus is by no means over. Within the Association of Southeast Asian Nations (Asean), the Philippines is the hardest-hit with more than 260,000 cases. Although 90% of the infections are mild, the mortality rate is the highest in Southeast Asia. The road to recovery is long and winding. The economic toll, especially to vulnerable households and businesses, is high.

The government and the private sector aren’t waiting for that opportune moment to restart. It is moving ahead mindful that health and livelihood can co-exist in the new normal. With a crisis as unprecedented as this, the response will need to be bold and courageous with a healthy dose of innovation.

At the height of the Covid-19 crisis in late April 2020, the government successfully tapped the international capital market to raise US$2.35 billion with a two-tranche – 10-year and 25-year – global bond, which achieved the lowest coupon ever for both benchmark tranches, tightening from initial price guidance.

In the domestic capital market, the Bureau of the Treasury in July 2020 completed a 192.7-billion-peso (US$3.9 billion) retail treasury five-year offering, called Progreso Bonds, which made history becoming the first in Asia to sell government securities enabled by distributed ledger technology via Bonds.ph. This is particularly important during this time of social distancing, which prevented the bureau from organizing investment roadshows in the major urban centres across the country.

The government’s fiscal and monetary stimulus packages, which represent 8% of GDP, are specifically designed to support micro, small and medium-sized enterprises. The government is also restarting its flagship infrastructure programme, Build, Build, Build, and increasing expenditure to launch new projects in the areas of health, education, housing, water and sanitation. Amid the additional outlay, the government will need to maintain its credit profile. The economy is likely to shrink by up to 5% in 2020 from weak private consumption, lower remittance flows, and miniscule tourism receipts.

The Asset Events+ is pleased to be organizing the virtual 15th Philippine Summit, a two-part webinar series gathering experts on the Philippines, including government and monetary officials, private-sector and institutional investors, bankers, and fintech executives, to discuss how the country is innovating the way to a shared future. Edwin Bautista, president and CEO of Union Bank of the Philippines giving his Digital Banker of the Year viewpoint The Philippines in the Post-pandemic World (19 Oct)
Opening remarks 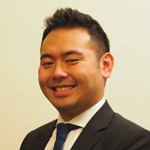 How is the Philippine government tackling the economic impact of Covid-19?

Do you see a pathway to economic recovery in the Philippines?

Can the Philippines weather a prolonged Covid-19 pandemic?

How are global investors viewing the Philippines?

What are the benefits of using distributed ledger technology in the capital markets?

How is the Philippine Stock Exchange improving its systems?

How are financial regulators in the Philippines approaching innovation in the capital markets?