Can the US and China avoid a currency war?

China's devaluation of the renminbi and the US' accusation of currency manipulation ramp up tensions, making chances of resolution much harder 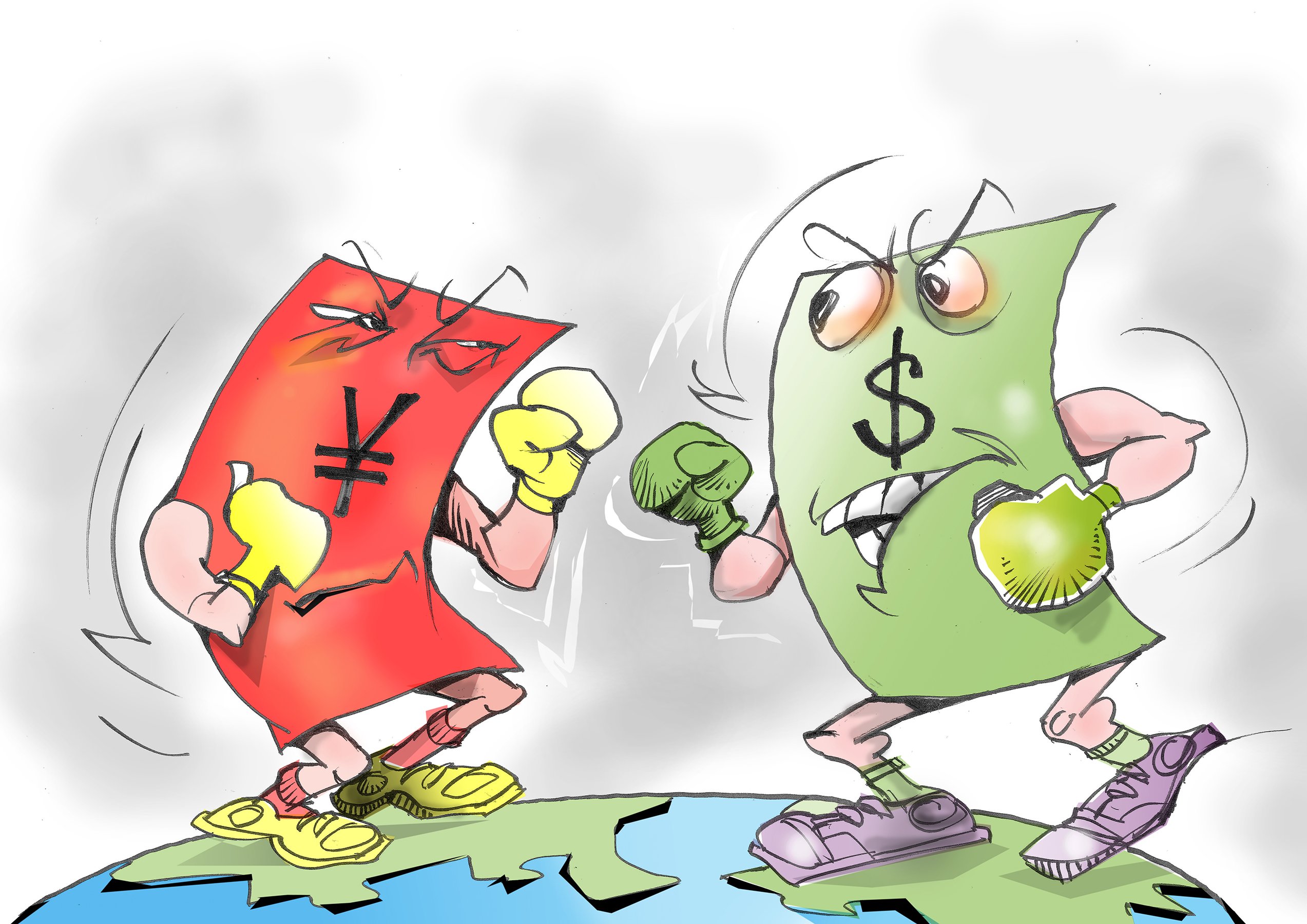 China’s currency, the renminbi, weakened slightly against the dollar at the start of this week. Around the world, the immediate response was panic. Financial markets tumbled, US President Donald Trump’s administration formally labeled China a currency manipulator, and fears of a new currency war spread like wildfire. To describe all this as an overreaction would be a gross understatement. A currency war has not erupted – at least, not yet.

But the danger is real. Although markets now appear to be recovering somewhat, the US and China remain locked in a perilous trade war with no end in sight. The United States is still poised to impose a 10% tariff on some US$300 billion worth of Chinese imports.

It does not seem unreasonable to suppose that China might then retaliate by engineering a substantial devaluation of its currency. After all, a cheaper renminbi would go a long way toward offsetting the impact of Trump’s tariffs on the prices of Chinese goods in the US.

But, because devaluation would also carry significant risks for China, the country’s leaders will be hesitant to take this step. Many of China’s biggest enterprises have borrowed heavily in dollars, and a weaker renminbi would greatly increase the cost of servicing this external debt.

Worse, the prospect of devaluation could spark massive capital flight from China as anxious companies and individuals seek to protect the value of their assets. That is what happened four years ago when the renminbi was allowed to weaken significantly, and the Chinese authorities subsequently had to spend US$1 trillion in foreign-exchange reserves to prevent the currency from crashing.

It seems unlikely, therefore, that China is about to declare all-out currency war. What happened earlier this week was much subtler – in effect, a shot across the US’ bow. The renminbi was already close to the symbolic level of 7 yuan per US dollar. By setting their daily benchmark rate for the currency at a smidgen below 7 yuan, the Chinese authorities created room for currency traders to push the market rate temporarily above 7 yuan – an effective devaluation.

Although the actual size of the devaluation was minuscule, the psychological impact was enormous. China was reminding the US that it still has many economic arrows in its quiver.

Unfortunately, the Trump administration responded in typical blunderbuss fashion, mistaking the modest Chinese signal for something more sinister. By immediately declaring China a currency manipulator, the US succeeded only in hardening positions on both sides.

To avoid losing face, Chinese leaders may now feel compelled to respond in kind. They could make good on the threat of devaluation, or pull out some of its other arrows. For example, China could embargo exports of the rare earth minerals that are so vital to the US’ tech industry, or prolong its boycott of US agricultural products. Or it could go beyond the realm of commerce and stir up trouble in the South China Sea or the Taiwan Strait. In short, relations between the world’s two largest economies could go from bad to much worse.

Can further escalation be avoided? One way to avoid that outcome might be to look to a neutral arbiter to adjudicate the currency issue. The most obvious candidate is the International Monetary Fund (IMF), one of whose main functions is to oversee the “rules of the game” in international monetary affairs.

All IMF members have pledged to avoid exchange-rate manipulation, and all are formally subject to “firm” IMF surveillance of their currency policies. In principle, if the US and China truly want to avoid a monetary conflict, they could ask the IMF to step in to settle matters.

In practice, however, the Fund’s authority is sadly limited. The IMF has no powers to enforce rulings. At best, all it can do is “name and shame” currency manipulators. And in the end, it is hard to imagine either the US or China kowtowing to a toothless multilateral organization. Can anyone really picture Trump submitting to the judgment of a bunch of unaccountable international civil servants?

A slightly more realistic option might be a direct bargain between the US and Chinese governments – perhaps also including the European Central Bank and one or two other monetary powers – to achieve some form of currency détente.

There is precedent for such a deal. Back in 1936, following more than a half-decade of uncontrolled competitive devaluations during the Great Depression, the main financial powers of the day – the US, Britain, and France – agreed to an informal arrangement for mutual exchange-rate stabilization.

Jokingly called the “twenty-four-hour gold standard,” the Tripartite Agreement committed each country to give 24 hours’ notice of any change in its currency’s price. Though far from perfect, the pact did manage to restore some semblance of order to monetary affairs.

A similar agreement today would be more difficult to negotiate. In the 1930s, the US, Britain, and France were on reasonably good terms. The present-day US and China, by contrast, are strategic adversaries engaged in a trade war, and even a very limited exchange-rate initiative might prove unattainable.

Yet it is not outside the realm of possibility. Ultimately, both sides might see some advantage in taking currency conflict off the table, in the hope of preventing wider damage to themselves and others.

Benjamin J. Cohen, Professor of International Political Economy at the University of California, Santa Barbara, is the author, most recently, of Currency Statecraft: Monetary Rivalry and Geopolitical Ambition.