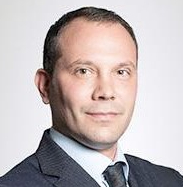 Singapore-based independent asset manager TriLake Partners has announced that its chief operating officer Patrick Lauener is now a partner at the company.

Having previously worked 11 years with Credit Suisse and being in Singapore for 14 years, Lauener has brought dynamism and an in-depth local vision to the firm and contributed to its success, according to a company statement.

“By opening its share capital to Patrick Lauener, TriLake Partners wishes to ensure strength, perennity and long-lasting relationship for the benefit of its clients,” Hulme says.