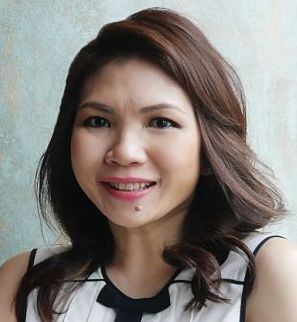 In Asia, and many parts of the world, careers in finance continue to be male-dominated, especially at the most senior levels. In January, however, Singapore lender OCBC changed that paradigm, naming Helen Wong as its next group chief executive officer. That makes her the first woman to head a Singapore bank and one of the very few to lead an Asian financial institution.

Still, in a conventionally male-ruled industry, the opportunity for women to occupy the top echelons of a financial organization remain limited by numbers. Given the situation, what if a woman decides to step off the corporate treadmill and go her own way, driven by confidence in her ability to lead and build a business?

That is exactly what Shirley Crystal Chua, founder and CEO of Golden Equator Group, chose to do. After almost a decade handling high-net-worth clients with Citibank, she went her own way.

Following the global financial crisis, Chua saw a change in the expectations of wealthy clients towards managing their wealth. She took that understanding and began her journey.

For women like her who are thinking of setting up their own business, she has this advice: “When you are fresh out of school, learn as much as possible, do things that interest you and have the courage to try as many things as possible. Take interest to discover what you are good at and then focus on developing what you do well and hone your expertise around it.”

She adds: “Continuously search for a suitable mentor. It is not easy to find a good match but keep searching and asking when you come across someone you may admire or like to learn from. Be open, join and build a community with people of similar interests who can also be a support system and be eager to build long-term connections that are important to you.”

Chua cut her teeth in the private wealth sector in the early 2000s, an industry that is very different from what it is today. Among the most significant shifts is the massive generational transfer of wealth, an event that could provide more opportunities for women.

She says this ongoing wealth transfer is providing opportunities for women globally, not only in Asia. “In this region, it is clear that the barriers of gender discrimination are reducing as Asian families are choosing to educate their children in universities and business schools across the world. We’ve also seen patriarchs and matriarchs in Asia increasingly recognizing the importance of involving their male heirs in the running of the family business and their female heirs in the management of the family wealth, until the legacy is ready to be passed on,’ says Chua.

“This growing importance of successful female business owners is not going unnoticed by families. As a multi-family office based in Asia, we have been seeing and advising more open communication for families to ensure that key leadership decisions are based on best-fit, willingness, long-term plans, family dynamics, etc. Although traditionally males were favoured in succession decisions, there is much more recognition that successful multi-generational wealth transfer should include more women in leadership positions,” she adds.

On a global level there is more evidence that companies with female CEOs and higher female board participation are outperforming those companies controlled by male leadership. At the same time, female entrepreneurship is increasingly evident in Asia, particularly in countries like Indonesia, Thailand and Vietnam. A report last year also found that female ownership of businesses is 9.1% in Asia, compared to only 5.7% and 5.3% in the United States and Europe respectively.

Chua points out that with more women in control of capital, both in private and public investment spheres, it can drive more support for female entrepreneurs, innovators, specialists, and professionals as well as ensuring a more balanced allocation of resources.

“Capital and resource allocation impact the wider community (which includes both genders, among others), so while the journey to parity is a longer-term one, we can bring a better balance in resource allocation decision making if we can involve a bigger percentage of women,” she says.