Dispute over Chinese auditing firms enters next round 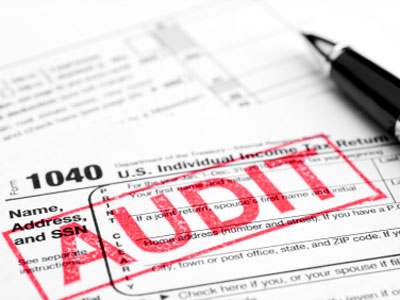 An official exchange between officials of the US Public Company Accounting Oversight Board (PCAOB) and the Ministry of Finance and China Securities Regulatory Commission (CSRC) has raised hopes an agreement on corporate auditing can be reached by the end of the year. The talks, however, have not yielded any tangible conclusions while time is quickly running out.

The PCAOB was created as a response to the Enron scandal in 2002 and is charged with registering accounting firms around the world to ensure US-listed companies comply with onerous reporting standards. China, as well as some European countries, has railed against US officials surveying these firms on Chinese ground and calls the mandate an intrusion in domestic affairs with state security dimensions.

A timeframe set by US regulators, however, expects the PCAOB to complete the registration of accounting firms until the end of the year. Only significant progress in the discussion would justify an extension of the deadline, experts say. Chinese firms that are listed on US stock exchanges face involuntary delisting should their domestic auditors not be approved in the US.

"There is a great deal at stake here. Failure to resolve these issues could lead to the delisting of Chinese companies listed in the US, as well as create significant headaches for US multinationals in China that would be unable to find US registered auditors. US capital markets would be forever diminished," Paul Gillis, a professor at Peking University (北京大学) and a member of the PCAOB's standing advisory group, says in his blog.

A deregistration of accounting firms domiciled in China by the PCAOB would accelerate a trend that has seen eight Chinese companies going private since August 2012. Since the beginning of 2009, about 75 Chinese companies listed on the New York exchanges have been delisted, given the strict disclosure rules and accusations of some short-selling firms that companies exaggerate their assets.

"Chinese companies are not used to such extensive and intrusive regulation and had great difficulty in adjusting to the US public company environment," says Ted Farris, partner at Dorsey & Whitney in New York. "As a result, many Chinese companies became subject to negative publicity, governmental investigations, shareholder lawsuits and accusations of accounting irregularities. In some cases, short sellers have attacked the company. All of these factors have led to a significant decline in the market value of Chinese company shares, illiquid stock trading and an inability to raise further capital in the US. As a result, many Chinese companies are seeking ways to exit the US reporting system by going dark or going private."

Farris believes the delisting trend among Chinese companies is just beginning. This could benefit private equity firms seeking for relatively inexpensive reverse buyouts of undervalued yet fundamentally strong corporations. It may also aim to end the sluggish Hong Kong initial public offering (IPO) market when Chinese companies are left with fewer choices to raise capital abroad. The relaxing of thresholds for smaller Chinese companies to list in Hong Kong by the CSRC earlier this year may act as another incentive.