The interplay between inflation and central bank intervention will be key in defining the outlook for the coming year’s gold performance, with popular consensus pointing to 2023 being a year of weaker global growth with short, and possibly localized, recessions, according to a recent report.

As well, inflation, which could ease, will remain elevated, geopolitical concerns are likely to remain high, and rate hikes likely to come to an end in major developed markets as the year unfolds, predicts the World Gold Council (WGC) in its Gold Outlook 2023 report.

This environment, the WGC says, carries both headwinds and tailwinds for gold. Further weakening of the dollar as inflation recedes could provide support for gold, and if China re-opens positively post-Covid-19, it could boost consumer gold demand.

Conversely, pressure on commodities due to a slowing economy in the first half of 2023 is just as likely to provide price resistance for the precious metal.

The Asset recently spoke with commodity industry specialists, wealth managers and sector analysts on what they foresee next year for gold, silver and the critical metals that will be lifted by the ongoing energy transition and the growing demand for electric vehicles (EVs).

“Gold is expected to benefit going forward from the strengthening of three key positive drivers,” says Heng Koon How, head of markets strategy, global economics and markets research, at Singapore-headquartered bank UOB. “First, given the uncertain global macro environment, global central banks are likely to increase their longer-term reserve allocation into gold. In fact, China has announced a large allocation of reserve into gold.

“Second, given the widespread depreciation of local currency, the domestic demand for gold jewellery has returned as local residents return to gold as a safe haven investment. In fact, we have seen an increase in physical jewellery demand for gold from China and India, both countries which have seen large depreciation in the renminbi and rupee respectively.”

“Thirdly, once the US Federal Reserve does go slower on its rate hikes next year, gold will likely have more room to recover as the rise in interest rates slows down. As such, we are positive for gold and expect gold to recover to US$2,000 per ounce by 2H23.”

On the outlook for metals linked to EVs, solar and wind power, Heng notes: “Over the longer run, copper does indeed present a compelling investment opportunity given the widespread adoption of EVs. However, over the near term, we are cautious on copper given the increasing risk of growth slowdown in China and most major economies. Copper is a key proxy of global economic health and is unlikely to perform well during periods of economic growth slowdown.”

“Throughout the year, we have seen several indicators leading us to be bullish on gold’s performance in 2023,” he shares. “We expect the gold price to appreciate back to US$1,950 levels next year and above.”

Rotbart cites a number of factors that he believes will affect the gold price. One is the surge in central bank purchases of the yellow metal during the 3Q22 – a record 399 tonnes – which lifted global demand.

“One of the main reasons why central banks are buying gold is because of the geopolitical tensions and events that have been on going for months and years, such as the Russia-Ukraine war, China-US tensions, China-Taiwan tensions and Europe’s energy crisis,” Rotbart states. “All these events and tensions have the potential to drive up the demand for gold, due to the fears of instability and further deterioration of the global order as we know it.”

He also points to the view that the US Fed is planning to downshift the size of rate increases, slowing the pace to curb inflation in the US.

“Since then, we have seen a minor correction in the benchmark US treasury yields and the US dollar tumbled against all the other major currencies,” Rotbart says. “The US dollar is vulnerable at the moment, and as gold has an inverse correlation to the US currency, we expect the gold price to rise.”

Rotbart also sees an upside for silver saying the price had offered a great entry point at around the US$18 point in September as it has since grown past US$23 (+27% in the past two months). This can be credited to a silver supply shortage and increasing industrial and retail demand, which are why the silver price is expected to appreciate throughout 2023.

“Lithium is and will continue to be a crucial metal for the world to continue towards decarbonization,” Rotbarts adds, commenting on the price of exotic metals required for EV battery production and renewable energy transition. “Especially as the World Economic Forum estimates that around two billion EVs will be needed by 2050 for a global net-zero carbon push – up from around 16.5 million on the world's roads today. That report suggests we'll need about 336 new average-sized mines by 2035.”

The rising demand for EVs is thought to be straining global lithium supplies. The non-ferrous metal, sometimes known as “white gold”, is one of the key components in EV batteries, alongside cobalt and nickel.

In 2023, gold will rise to levels of US$1,850 per ounce by year-end, grinding higher over the course of the year once markets believe that US core inflation has peaked, anticipates Peter Kinsella, global head of forex strategy at Swiss private bank Union Bancaire Privée. His view is predicated on several factors including modest US dollar weakness in 2023, which will materialize once the market has priced in a plateau in the Fed funds rate.

“Our models show that a 1% decline in the US dollar index is matched by a US$7 rise in gold; and as this dynamic unfolds in 2023, it will push gold prices higher to around US$1,850 by year-end,” Kinsella points out. “However, geopolitical tensions will become a longstanding feature for investors over the coming years. Uncertainty regarding global energy supply is unlikely to end anytime soon; and, in the background, tensions will continue to simmer between the US and China. Gold will, of course, act as a hedge on these issues.”

In 2023, he thinks that silver will rise to levels of around US$24 by year-end and, as with gold, sees the metal benefiting from the gradual decline in US real yields over the course of the year. This, he says, means that a further aggressive downside for silver is unlikely to transpire.

Meanwhile, Gregor Gregersen, founder and owner of Silver Bullion SG and Safe House Depository, a bullion dealer and storage facility in Singapore, is bullish on the prospects for both gold and silver in the year ahead.

“With gold reaching a new record high in Aug 2020, it has begun a new bull rally. I am certain the gold price is heading higher because it reflects the continuous debasement of currencies,” Gregersen says. “With key indicators suggesting a US recession in 2023 amid persisting high inflation, stagflation will continue to plague the global economy. This has similarities with the 1970s, a period known for high inflation, rising debt and upheavals in the monetary system. Stocks, bonds and real estate are unlikely to do well in stagflation.

Silver's proposition going forward is even stronger, Gregersen argues: “With past precious metals bull markets, the silver price has matched or reached a new high whenever gold prices hit a new record. However, there is a lot of ground for the silver price even to reach the last high of US$49 in 2011.

“Therefore, the potential gains in silver will certainly exceed gold. If silver closes consistently above US$28 weekly in 2023, we should see silver heading to US$40. We will see over US$2,000 in gold prices again when that happens.”

The main driver of recent central bank purchases of gold has been a loss of trust in institutions and sovereigns as de-dollarisation spreads, says Ned Naylor-Leyland, investment manager, gold and silver, at Jupiter Asset Management.

“According to the WGC, central bank gold purchases have reached 673 tonnes in 2022 alone – the highest level since 1967,” he states. “Some of the largest buyers of the metal were the central banks of India, Qatar and Uzbekistan, alongside some undisclosed buyers who evidently felt that reporting these purchases would be market sensitive.

“We now appear to be entering a new era characterized by deglobalization and multipolar power structures. The monetary landscape has become characterized around the world by sharply rising interest rates, runaway inflation and looming recessions.

“In this new era, we are at the margin of already seeing a reversal to the traditional view of gold – as a risk-free store of value and even as a non-political payment mechanism. The most recent example of this was Ghana’s announcement of its intention to use gold rather than US dollars to buy oil. However, the trend of de-dollarization is spreading and pivots around the important and changing relationship between raw materials, gold and US dollars.”

However, running contrary to all of the consummate industry opinions, Nigel Green, CEO and founder of deVere Group, one of the world’s largest independent financial advisory and fintech organizations, with US$12 billion under advisement, isn’t a fan of investing in any metal next year.

"I don’t think it’s currently the right environment to be over exposed to gold and/or silver,” Green states. “I would rather be in digital assets if I were to invest in something limited at the moment. They have massive potential as use cases, as well as stores of value. In addition, next year is also a year in which new economies are likely to start to emerge, which will favour digital assets.” 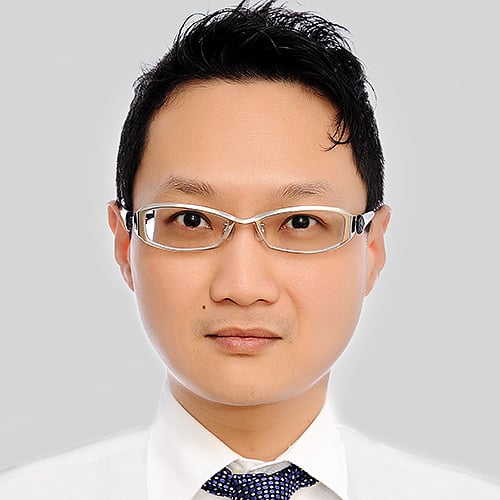